We are Danehouse, a high quality independent photography company based in Manchester, UK. We provide a tailor-made approach to our clients in producing world-class sports and portrait photography for advertising, editorial, sports events, sponsorship and PR. 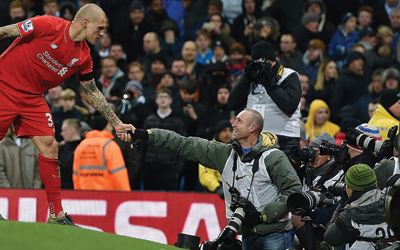 Alex Livesey is one of the top-ranked professionals in the UK with over 30 years of experience.

Several years ago, after a successful career at Getty Images, Alex moved to a new career challenge and created Danehouse as his own photography business.

Alex’s work has appeared in publications around the world including: Time Magazine, Sports Illustrated, L’Equipe, Stern, ESPN Magazine, Observer Sport Monthly, The Independent Magazine and Sport Magazine UK along with regular usage in many of the world’s leading newspapers. His images have even been published on Royal Mail first class stamps during the 2012 Olympic Games to commemorate the Great Britain Gold medal winners. 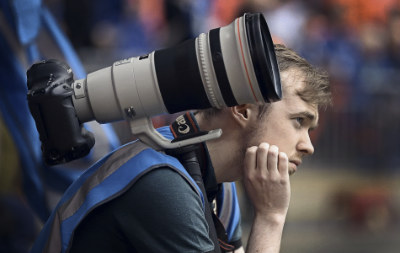 He got his big break in the industry while in his early teens, after producing online videos about his local club, Stockport County. His content caught the attention of the club and he joined them as a member of their media team for the next five years.

In 2017 he started his photography journey by shooting Stockport County on a weekly basis. It was in 2017 that James also began covering a local amateur team, West Didsbury AFC, run by a former colleague who allowed James to come onboard and develop his skills shooting their matches every Saturday morning. Eventually, James also added the Stockport County women’s team to his portfolio before also taking on agency work covering various professional football matches in 2018.

The highlights of James’ career stretch well before he started as a sports photographer, as he won the FA Young Volunteer of the Year award whilst working as press officer for the Cheshire Football League in 2016/17. James lists his photography highlights so far as covering all major domestic cup finals, the final of UEFA Women’s Euro 2022 at Wembley Stadium and being lucky enough to photograph his beloved Stockport County winning two league titles.

His photography branches out into sports and disciplines other than football having covered cricket, ice hockey, motorsport, boxing, gymnastics and even the Crufts dog show in the past. James has worked for many clients during his career. These include Tottenham Hotspur, AFC Bournemouth, Boxxer, Lancashire County Cricket Club, Manchester Storm IHC and the Football Association.